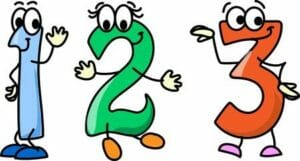 Thousands of people liked or hated –but nonetheless spent time on –a social media post that did no good for anyone, except a website called CivicScience (no link here, on purpose). Someone from that company tweeted about this answer from a survey about math curriculum:

Should schools in America teach Arabic Numerals as part of their curriculum?

Why did they bother?

This type of tweet is bound to be popular with people who have a need or want to think other people are stupid, ignorant, prejudiced, or somehow inferior to them. It makes it easier to dismiss or explain away people who don’t know what you know.

Advice: Just say no to insulting memes. Don’t bemoan them. Don’t share them.

We know that some people spend their day insulting strangers on the internet. The ones who are on the “other side” of your argument are easy to write off, but the ones on “your side” seem clever.

Guess what? The folks on that “other side” write off your allies. None of you are all that clever, if being clever means using your words to promote the kind of world you want to live in.

Back to that Arabic numeral question.

There are many explanations for why people might say “no” to a question about Arabic numerals:

The depth of Arabic (and Hindu and Babylonian) influence on mathematics is not taught as part of most history programs in America. The history of mathematical (or philosophical or scientific) thought is rarely a secondary school topic; it tends to be a college-level course of study.

People are not stupid if they call those things “numbers” instead of “Arabic numerals,” and they are not necessarily prejudiced if they think it is not necessary to include an additional number system to the curriculum.

Here are a couple of links on Arabic Numeral kerfuffle:

And an opinion piece from a pastor.