When I wrote about the racist history of Boston, I really pissed off one of my local friends. His argument is purely journalistic. “How can you say Boston is the ‘most racist’ city? Where is the ‘second most racist’ city…” I let it drop. Maybe my titling was a bad choice. I was saying that people all over the country know how racist Boston is. It seems like the only people who don’t notice are the white people who grew up here. 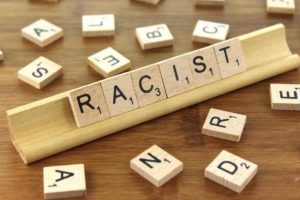 This week, Boston has a chance to look this problem in the eye. The Boston Globe Spotlight team is doing the journalism that I am not equipped to do. I trust their journalistic standards, and I think you should, too.

In the very first article, Akilah Johnson answers my friend’s question. In a national survey, Black people considered Boston the most unwelcoming city of eight cities surveyed. Boston results were 54 percent found Boston to be unwelcoming. Second was Charlotte, which 38 percent considered unwelcoming.

I encourage you to read about your home town. Have you noticed just how white it is?

Non-subscribers can read this for free at this link.

Subscribers, find the links here. Series intro page, with links to all the articles.