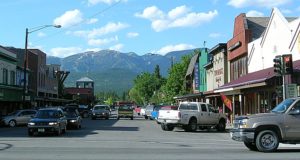 The confrontation between Nazi Richard Spencer and Love Lives Here heated up in the middle of December, when The Daily Stormer published personal email addresses and phone numbers of Love Lives Here leaders and Jewish people in the Whitefish Montana area. Daily Stormer readers were encouraged to “Troll Storm” these people.

“In the old days, they would have burned a cross on Tanya’s front lawn. Now, in the digital age, they launch a troll storm…Anglin’s Dec. 16 article [In the neo-Nazi Daily Stormer] about [Jewish real estate agent Tanya] Gersh urged readers to “take action” against her and other Jewish residents of Whitefish, posting their telephone numbers, email addresses and Twitter handles.

[The article read] “And hey – if you’re in the area, maybe you should stop by and tell her in person what you think of her actions,” he added.

More happened last winter there, including a proposed armed march by White Supremacists that was called off. Here’s my blog on that. 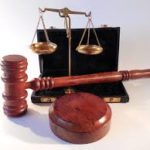 Now the Southern Poverty Law Center is taking the publishers of The Daily Stormer to court. They are suing the founder for publishing an anti-Semitic “campaign of terror” against the Gersh family with hateful messages from anonymous internet trolls.

Please keep your eye on this situation. The Jewish people in Whitefish may see retaliation for standing up for themselves.

The best outcome here would be that the courts uphold this suit. This would send a message that it is a crime to encourage anonymous harassment from cyberspace.

Update: December, 2019. The court rules in favor of Tanya Gersh. Link for details.

One Response to "Troll storm goes to court"