Last week, I explained how Steve Mnuchin, the man nominated to be Treasury Secretary in the Trump Administration, spent the Great Recession. People like him and banks like Goldman Sachs helped cause the recession. Here’s a little history of what happened in banking in 2006-2008. 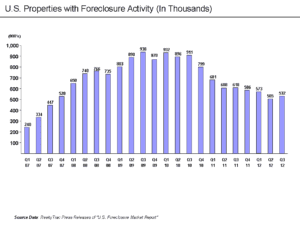 A mortgage bond is a traded commodity on Wall Street. Bonds sell mortgages, like the one you took out to buy your house, bundled together. The notion is that investors in the bond will profit steady as the mortgages get paid off.

On July 1, 2006, Standard & Poor’s changed their rating model for mortgage bonds. High credit scores by borrowers then used as a marker of a better bond. Income and ability to repay were not considered important. The assumption of Wall Street investors was that the new Standard and Poor’s ratings were stricter, when the standards actually made these bonds much more risky. At the same time, the price to insure these bonds against loss was very low.

In 2006, the number of risky mortgage bonds sold on Wall Street went up and up. More lenders were offering loans to buyers who had good credit scores, but not enough income to pay their mortgages. At the same time, America’s housing market peaked. Resale value for homes began to slip downward. This caused many investors to get caught holding properties they could no longer flip for a profit.

Get it? The mortgage bonds were getting worse, but being reclassified as better. The cost to insure them was low.  (This kind of insurance is not like normal, regulated insurance – which legally must have the funds to pay off if the disaster happens: in this case, if the borrowers can’t pay their mortgages.)

When the bonds failed and the insurance company — American Insurance Group (AIG)  — could not cover the losses, we had a crisis. President George W. Bush led the effort to assist these companies who were “too big to fail.” 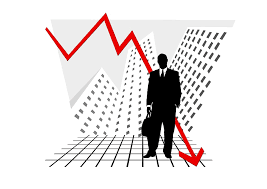 Making a profit out of economic collapse

I recommend that you read Michael Lewis’s book The Big Short or see the movie.  He tells the story of the handful of people who were reading the fine print and buying insurance by the millions and millions on mortgage bonds that were sure to fail. In effect, they were betting against the borrowers being able to pay their mortgages. It was clear to them, as it became clear to America that when the housing bubble broke, Wall Street would lose billions.

The economy was on the brink of collapse when these bonds failed, and the insurance company that was insuring them failed as well. The stock market dropped rapidly. Business investment froze. The result was 2.6 million Americans out of work.

Enter Mnuchin. The profit that Mr. Mnuchin made at this time was through buying a failed bank and aggressively foreclosing and reselling people’s homes. When Americans were out of work by the millions, his bank was foreclosing by the tens of thousands. His bank, OneWest collected $1B (yes, that is billion!) in FDIC  government funds. He and his bank got richer, Americans lost their homes.

The results of deregulation, and why we can’t afford it again

Meanwhile, in 2006 in homes across America, home equity stopped dead and started to recede. Therefore, Joe Homeowner couldn’t refinance his way out of his financial woes. People who overinvested were in trouble. People with rental properties were in trouble, if their tenants became unemployed and couldn’t pay rent. RealtyTrac data indicates 7.3 million consumers lost their homes between 2007 and 2014. The vast majority experienced foreclosure — 5.4 million.

When the dust settled, millions were renting. And it took seven more years for Goldman Sachs to agree to pay $5.1 billion for their part in selling securities they knew would fail.

Do you still think it is a good idea for the Treasury Department to loosen regulations on mortgage banking? Is Steve Mnuchin, formerly of Goldman Sachs and OneWest –a bank that aggressively foreclosed on homeowners during the recession— the right man for this job?