Hate speech and free speech have definitions that we all need to live with. Here’s a quick review of the current law: 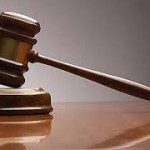 Freedom of speech includes the right:

Freedom of speech does not include the right:

There’s a big grey area between saying hateful ideas and encouraging harm to others. One cannot wear a button saying, “Kill a Mexican today,” but one can wear a button that says, “Boycott the Taco Truck.”

I rose to the bait in Boston last summer; I counter-demonstrated at the hate-group’s free speech rally. I hated the words of the Flag Lady, who I followed around the counter-demonstration. But, she was not speaking hate, she was being hateful and offensive. When the neo-Nazis came back again in November, they drew a small audience of about twice their number — there were about 75 of them each time. Most of the participants in the November counter-demonstrators were legal observers. Free, but hateful, speech was spoken.

The event was one big yawn. As it should be. If someone spreads hate and no one hears it, did he make a point? I hope not.

Next week, I will be writing about a man who lost his job because of his politics. Nazi Bob lost his job when people in York, Pennsylvania saw his picture in a group of Nazis in Charlottesville. Would you fire him, were you his boss? Would you choose another delivery service if he worked in your town?