If you see someone in trouble, and do nothing, you are a bystander.

If you see someone in trouble, and you intervene on their behalf, you are an active bystander.

If you see someone in trouble, and you act toward making it better — after the fact — you are still an active bystander.

My friend, Eric Schulmiller, witnessed a confrontation with a traumatized woman in a public setting. Security professionals and the traumatized woman managed a de-escalation of the situation. No one was hurt. Eric observed, but did not act. Yet Eric, too, is an active bystander. He’s a writer; he did what he does well; he amplified the story.

A woman suffered the untimely death of her mother. It took all her strength to muster the courage to come down to the Town Hall to get a death certificate. When the Town employee at the counter put a hurdle in front of her, she lost it… security was called.

The Town employee who worked the counter experienced an unreasonable woman who became belligerent after the request for the standard fee for processing documents. She tried to explain, but it only got worse. She called security. 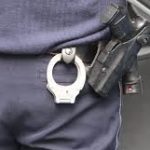 Security at North Hempstead Town Hall did the right thing. First, they got between the outraged customer and the employee behind the counter. Then they asked about what caused the problem. Once they understood the reason for the upset, they resolved the problem in minutes.

What struck Eric in this situation was how immediately the woman reacted to the potential danger of two armed security personnel. Her response to them is right out of the list of tactics I teach:

“I’m not trying to escalate this situation.” (State your intentions)

“I’m intimidated by all of you approaching me at the same time.” (State your feelings in “I” – personal point of view – statement.)

It is increasingly important to share stories of how women of color must know how to talk to armed enforcers. Language like this can be a life-saving skill. African American women are teaching one another. Tonya Jameson, who I wrote about recently, feels it is imperative for civilians to know how to de-escalate the police.

My friend Eric is a white Jewish guy. His story is active bystander action; it is bearing witness, after the fact. His observation may encourage someone to practice and prepare for a confrontation. That preparedness may save someone’s life.

Here’s his story, as it was posted on Facebook:

I had an affecting experience today at the Hempstead Town Hall, of all places. I was waiting in the lobby for copies of my kids’ birth certificates (I needed originals for a baseball tournament, passports, etc), when I overheard a young, African American woman engage in an increasingly heated conversation with the woman behind the records counter. She was irate that she couldn’t obtain a copy of her mother’s death certificate without payment, and claimed that no one had informed her that she would need to pay to get that document. She demanded to speak to a supervisor, and at that point, the (white, older) woman behind the counter must have signaled for security, because two guards and another man (who wasn’t a supervisor – he just happened to be walking by) soon came in the room and stood between the woman and the counter and began to speak with her.

The woman quickly switched her tone and behavior in the (tragically) practiced manner of someone who understood that an African American life could be threatened by the mere suggestion of hostility. She said, “I’m not trying to escalate this situation. You don’t need two security guards – I’m intimidated by all of you approaching me at the same time.” She went on to explain her frustrations that it had taken her a year to work up the strength to come and claim the certificate for what had been the untimely death of her mother, and now she was dealing with an unforeseen and unfriendly bureaucracy.

At this point, they called my name and I went up to get my birth certificates as the conversation continued behind me. Another (white) man asked the clerk if he could help with the situation, and she said, “you can try, I’m not dealing with her anymore.” Just then, the two security guards (one Latino, one white, both older men) came up to the counter and told the clerk that they would take care of the ($10!!) fee for the woman’s death certificate. Each one put a five on the counter, one of them took the certificate from the irritated clerk and handed it to the woman, who broke down in grateful sobs.

Everything about this experience really hit home with me. The interplay of opposites between me (white, middle-aged, birth certificate, no hassles) and this woman in front of me in line (black, young, death certificate, multiple hassles). The fact that this situation could have turned out much worse. The woman could have needed her own death certificate if she said the wrong words, used the wrong tone, or if the guards happened to be assholes instead of mensches. I left with my birth certificates, and with more questions than answers about the ways of our world, which is still sorely lacking in justice.