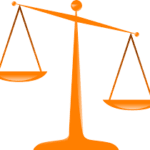 Income inequality, we have it in spades! Today, a bit more about the people you see at Market Basket. The median income in Somerville is about $73,000 a year, as of 2015. But, that’s median. How much do people in the poorer neighborhoods earn?

37 percent of the population earn less than $50,000 per household. 25 percent earn less than $36,000 a year. To look, census block by census block, go to the map on this page for Somerville, here. There’s a big difference between most of 02144 and most of 02143 or 02145. Is it any wonder that people are concerned that Union Square is headed the way of Davis Square? There is a similar map for Cambridge. Here. 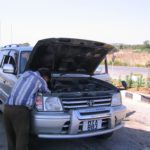 Have you walked in the shoes of someone making $17 an hour? That’s $36,000 a year. This assumes that this is a full-time employee with 100% medical coverage. What would you give up to be in the black? Try it.

A more complete simulation was developed by Urban Ministries of Durham. I got two rounds in before I was busted. How would you fair? Try it. I made it for 14 days before debt broke me. How long can you go?

If people are just getting by, anywhere, they are not in a position to save up to improve their situation. On $50,000 in the Boston area, how can you save to move? You’d need first and last month’s rent, a day or two off to do the physical move, you’d need a job that starts right away at the other end. Without savings…hopeless. In other parts of the country, the rent is lower, but so are the wages. What is a working family to do?

Have you read Hillbilly Elegy by J.D. Vance?  It has become a trendy book in understanding the family structures and social history of Hillbillies. I am not the only working-class-raised, college-educated person to remark, “my family had a lot of the same contradictory values.” People I know from coastal Maine and southern Mississippi see some of their family and social values in his story. I am somewhat concerned that Mr. Vance has confused hopelessness with a lack of personal integrity.

More on him next week.