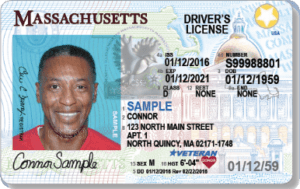 In February 2018, I wrote about Real ID. That is a change in the way the Registry of Motor Vehicles processes our State IDs and driver’s licenses, so that they comply with Federal Standards.

For immigrants, their Real IDs or driver’s licenses will expire when their visa or resident permit expires.

When I wrote about this a year ago, I was concerned about how immigration information on our Real IDs could hurt immigrants. I was also concerned about people who change their names or genders, who would be compelled to supply a birth certificate in order to get a new driver’s license or state ID.

There is much more to be concerned about now.

Apparently, the Massachusetts Department of Transportation has been sharing photos and information with the FBI and ICE. This is not some Trump-era tactic. It’s been going on for thirteen years.

The MassDOT has been sharing its database of photographs from state-issued IDs to government agencies for the past 13 years. The Mass ACLU alleges that this unregulated practice violates First and Fourth Amendment freedoms, including the right to “maintain a legitimate expectation of privacy.” [source]

Our modern age makes us vulnerable to misuse of our personal information. There’s a lack of privacy, if government agencies share our data without our knowledge.

“We have significant concerns that people’s safety may be in jeopardy as a result of the unregulated use of this [facial recognition software] technology,” Crockford said. “We have no guarantees that this system is not being abused. … It’s possible that a law enforcement official could find a picture of somebody on Instagram they think is cute and send that image to the RMV and ask for the RMV to give them that person’s name and address. We just have no idea.” [source]

This all feels very Minority Report. (If you’ve never seen this dystopic movie, consider watching it this summer).