What are the social conditions that lead to suicide, and what changes can we make to prevent it?

Before the second wave feminists of the 1960s, 70s, and 80s, if a woman wanted to divorce,
she had to prove abuse or infidelity in a court of law. Before women were established in the
professional workforce, most women did not have the means to get through that legal process. Some ran away, abandoning their children and spouse. Some ran away with their children and lived as criminals. Others went to court. Even when women gained a legal divorce, it was a financial blow to the whole family. It was women who had less privilege to recover from that blow.

Women who divorced often found themselves in dire financial straits. Their choice was to stay
with an unfaithful or abusive husband or find herself back in the workforce. Even professional
women had financial disadvantage if they took time off work to care for children. Many women at that time delayed professional development until their children were in school.

Throughout the 1960s, 70s, 80s and onward, women entered the professional workforce and contributed more to the family income. In doing so, they gained more stability in the event of divorce. However, this was an uneven process that varied, depending on the part of the country and the socio-economic status of the family.

The Positive Outcomes of No-Fault Divorce 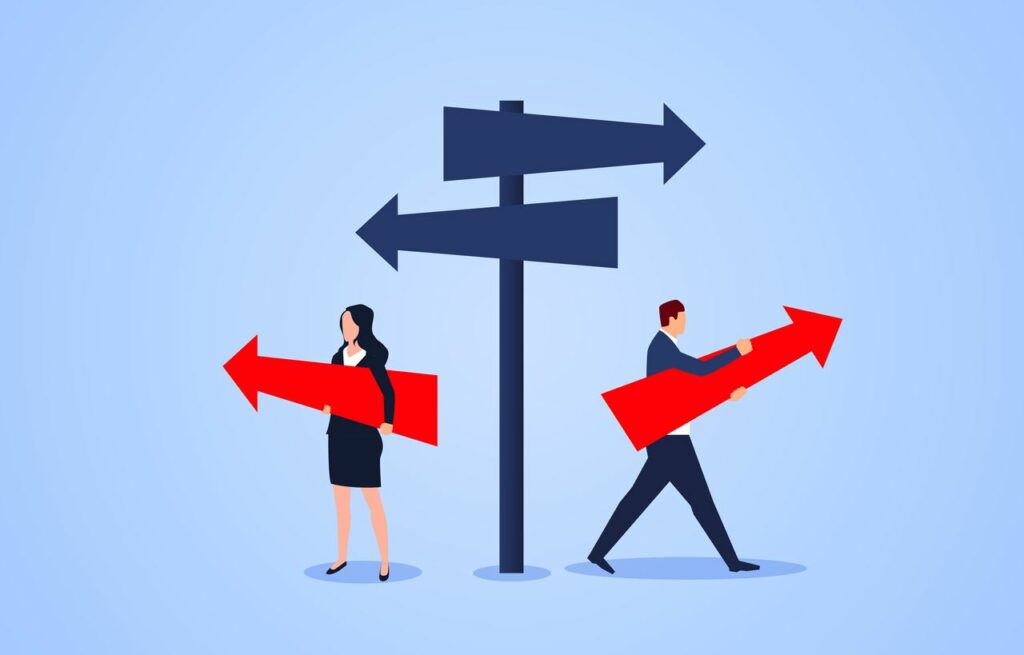 What happened when married people could divorce without proving in court that the reason was infidelity or abuse?

In 2004, Justin Wolfers and Betsey Stevenson studied women’s health in relation to the
enactment of no-fault divorce laws. Because the laws were enacted at different times, state by
state, they could track outcomes for women. They found a drop in both women’s suicide rates
and domestic violence and spousal homicide.

No-fault divorce laws allow one person to dissolve a marriage without the consent of the spouse. In most states before no-fault, divorce required consent of both or proof of fault by the non-consenting spouse. “Under no-fault wives can always threaten to walk out without the husband’s permission, changing the power balance in the relationship,” Wolfers said. The husband, understanding the lowered threat point, behaves himself, thereby reducing the incidence of domestic violence and spousal homicide—and increasing women’s wellbeing, he argues.

When women were stuck in abusive marriages, their suicide rate was 20% higher. The society
was arranged in a way that limited their options. Similarly, there are laws being suggested (and
created) that limit the ability for LGBTQ folk to feel safe in public spaces. One of the “reasons”
that LGBTQ, and specifically trans-folk are having their choices discredited is that they suffer a
high suicide rate.

What was true of women who had too few options to leave bad marriages is also true of
transgender youth. They are subject to both social pressure and also attempts to outlaw their
healthcare and restrict what sports they can play or where they can go to the bathroom. They
face daily stress. Many live in fear of physical or social violence.

One of the arguments against supporting transgender children is that transgender teens and
young adults have higher suicide rates. Would the suicide rates go down if the government
would get out of the business of making their lives harder?

I hypothesize that suicide rates would go down for gender non-conforming youth if fewer of them felt stuck in no-win situations.

Suicide is the second leading cause of death among adolescents and young adults ages 10 to 34 years in the United States. 20 This study is the first large-scale study of
adolescents to reveal the prevalence of suicide behaviors (the key antecedents of death by suicide) across diverse gender identities. Building on evidence from a state-level population study 3 and community-based studies, 6,12 our findings empirically reveal the strong association between identifying as transgender and suicide risk. In this study, between 30% and 51% of transgender adolescents reported engaging in lifetime suicide behavior; notably, this finding is consistent with some previous research revealing suicide risk among transgender populations.

It is shown that parental support reduces suicide risk in these young people.

…research reveals that family acceptance and support are associated with diminished disparities in depression between transgender and cisgender children. [study]

Children who have the support to live openly in their chosen gender experience less anxiety.
However, societal pressure remains a daily experience. This needs more study.

I am not claiming an answer here. I am asking a question: can we stop blaming people for feeling helpless when the laws of our land contribute to their oppression?