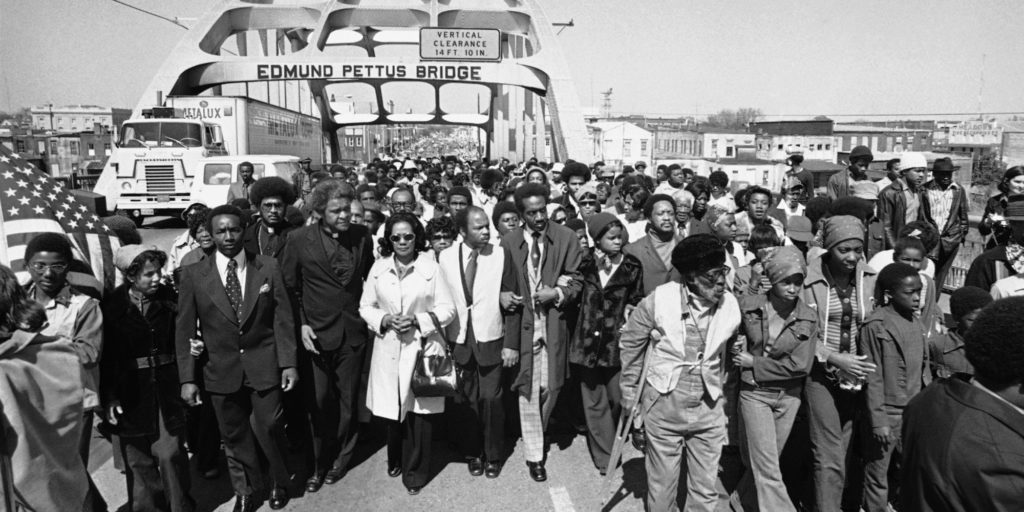 Voting was on my mind this week. Sunday, March 7, 2021, was the anniversary of the day the 1965 Selma to Montgomery March crossed the Edmund Pettus Bridge in Selma, Alabama. The marchers were met with police armed with clubs, police dogs, and tear gas. The police beat the peaceful marchers back.

March 7, 2021 was also the day the President Biden signed an executive order regarding voting rights. He is directing federal agencies to take steps to improve American’s voting access.

In 1965, The Selma to Montgomery March set out as a peaceful three-day, fifty-four mile walk to call attention to African American voters rights and the encourage voter registration. They met with violence in Selma, Alabama near the Edmund Pettus bridge on what became known as “Bloody Sunday” in America. The walk — and the national publicity — called attention to the difficulties of African American citizens to register and have their votes counted. Once national sentiment turned in favor of voting right protection, President Johnson supported the 1965 Voting Rights Act.  (For a basic understanding of the politics of these events, see the popular film Selma).

The goal: “Every eligible voter should be able to vote and have it counted.” In 2020, many states scrambled to create vote-by-mail options for eligible voters who could not get to the polls due to Covid-19 concerns. Throughout America, large numbers of voters used the mail system.

Every state election commission gets to decide how to count votes. Some states prepared mailed votes for counting before Election Day (took them out of the envelopes, checked the signatures); some counted them as they came in; some counted them only after the polls closed. That’s why we saw results come in for about a week after election day. 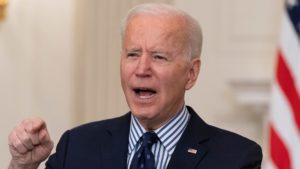 President Biden’s executive order focuses on making ballots available to all eligible voters. He aims to reduce the barriers to voting. This will need to involve federal support for state election commissions, so that voting becomes accessible to all eligible citizens.

What can be done, federally, to help state election commissions?

About ensuring that only eligible voters can register

Opposition to voting rights measures often come in the form of concerns that non-eligible voters will be or have already been registered. In many ways, computerization of voting records makes many forms of voter fraud harder, if not impossible.

Some states allow voter registration using driver’s licenses or state IDs.  Many voting-age adults get driver’s licenses. This is also a way for states to track voters and their addresses. State IDs provide the same information for adults who don’t drive.

State IDs and licenses have gotten more secure (in terms of verifying citizenship) over the years. Real ID is a Homeland security measure to increase the information collected for driver’s licenses and state IDs. Real ID identification cards provide verified citizenship information, so it can be used to register voters easily and accurately.

Since 2005, the Federal Government has been pushing for states to comply with Real ID. Real ID verifies citizenship or immigration status for people applying for or renewing their driver’s licenses. If you are a native-born American, you must supply a copy of your original/official birth certificate and proof that you are the person named on that birth certificate. Naturalized Americans and non-citizens bring immigration information. The registry will use the Systematic Alien Verification for Entitlements (SAVE) system to verify that information.

As of October, 2021, people will need a passport or a Real ID license to fly on domestic airlines. This has pushed state motor vehicle registration offices to comply with Real ID. In Massachusetts, we began to be able to get a Real ID license in 2018. Over time, this will make citizenship easy to identify for voter registration.

I have my issues with Real ID, but in terms of securing voter registration goes only to citizens, it is a plus. Our biggest concern should be to make sure more people can use the right to vote.