Last week, I wrote about Arthur C. Brook’s wonderful column about how to be happy at Thanksgiving. His two rules are:

Today, I focus on rule number one. Here is a bit on why you won’t succeed in debunking your relative’s beliefs.

You will get nowhere debunking it, point by point. Your job is to set a boundary. You do not have to agree by your silence. Use any of these, as they suit your style:

Not everyone agrees with you that ____. I don’t agree. Let’s talk about something else.

The people you are calling ____ include people like me. I would like you to tone it down, since you are insulting my community. Let’s talk about something else.

There is plenty of information that shows that there is another explanation for the thing you are describing, however, I don’t want to get into it tonight. I’d rather have some fun. Let’s talk about something else.

How can someone related to me believe that? They must be [add your insult here.] 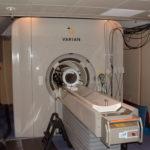 Brain scanning has made it easy to see what happens in a subject’s brain when they hear a statement that threatens their core beliefs. What happens? The emotional center of the brain (called the amygdala) reacts to contradiction of core values the same way that it reacts to physical threat.

You are your worldview. You react in defense of a core belief like you rise to defend your physical self. The more facts the other person piles on, the more threatened you feel. The more threatened, the more sure you become that you are right! Not just you, anyone. Especially, it’s true of the troll on the internet.

Now, here are the facts about why we act like that. 🡨 Read this link. Really. Read it!

What you learned growing up is often the center of your worldview. People who shift away from those views or values tend to do so in small increments, as other explanations seem to fit more with their experiences. Most of us know someone who grew up liberal and became conservative, or vice versa. 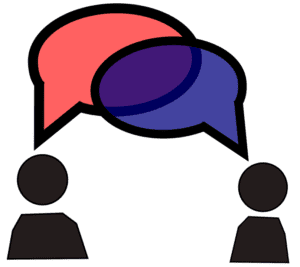 There are many people who share some of your core values, but not other values. That is the place where change can happen. Show them, by example, how your life and values make sense. Stories about your life, and your successes will go further than trying to debunk their world views.

People who make relationships outside of their own bubble, even a little beyond it, are part of the solution.