Around this time of year, I make decisions about how I am going to approach the upcoming run-up to Christmas. I often write about it here, but not always.

My general practice is:

Chanukah is NOT the Jewish Christmas

Chanukah comes on the 25th of the month of Kislev. The Jewish calendar is designed so that the new moon is day one, every month. Then an extra month is added some years to keep the calendar consistent for seasons. This calendar is not synced up with the standard calendar (which has Christian origins); that is a purely solar calendar, designed to keep the seasons consistent every year.

Chanukah occasionally overlaps November or January and can fall anywhere in the month of December. It is a minor holiday that has become a party/present opportunity. The holiday that is most like it on the Catholic Christian calendar is Saint Patrick’s Day. 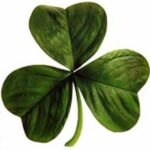 There is a nationalist pride element to these celebrations. Saint Patrick is an Irish hero who was canonized. He was inspired by God and performed miracles. His lifelong work was to convert Irish people to Christianity, which was a new religion to Ireland in his day. He died on March 17, 461 CE. Saint Patrick reputedly explained the Holy Trinity using shamrocks, which is how they are associated with the holiday.

The Maccabees (a rebellion force) are Jewish heroes who were inspired by God. They rebelled when the practice of Judaism was outlawed. After their victory to recapture the Jewish worship space, God granted them a miracle. The miracle involved lamps that lasted longer than normal; the holiday is associated with lights and oily food. The lesson of Chanukah is the Jews should not allow themselves to be assimilated into the dominant culture (at that time Hellenist) and should hold to their Jewish traditions.

Here is a survey of blogs I have written about December, over the past decade:

2021 – In 2021, I wrote about a Solstice walk that I attended at Fresh Pond. Winter has physical realities for people who live in climates that get cold. These circumstances draw many cultures to celebrations that include lights, feasting, and attending to the poor among us.

2021 – Also, last year, a Medford city employee stepped into a deeply offensive moment due to lack of knowledge, not malice. It does seem like someone could have found a Jewish person in town to ask about this display before “teaching” Christians about Jewish holidays.

2020 – In 2020, I wrote about how the recession brought on by the Covid-19 pandemic was creating financial hardship in a much more uneven way than past recessions.

2020 – Also in 2020, I wrote about the upcoming Christmas season. Jews had already had a gathering-less holiday season at the Jewish New Year in September. I reflected on how Christmas might go for my Christian friends.

2019 – In 2019, I wrote about The Nutcracker Suite. It is a Christmas favorite, even though it is not religiously Christian.

2018 – In 2018, I made a second attempt to discuss a meme that was intended to be supportive of people in minority religions. See below.

2017 – In 2017, I made my first attempt to discuss a meme that was intended to be supportive of people in minority religions. This meme states “do unto others.” So if you are Christian, wish everyone “Merry Christmas.” If you are Jewish, wish everyone “Happy Chanukah.”  Don’t they realize that makes Jews look really silly spreading cheer where they know it does not belong? It also encourages the expectation that since the majority of Americans have a Christian heritage, everyone who matters celebrates Christmas.

Best to everyone this December, whatever celebrations are in the month ahead.